Thanks for your Feedback: SonicWeb for Mac Beta 2 is ready

<TL;TR> SonicWeb for Mac Beta 2 is released. I tried to incooperate as much of your feedback as possible. Check out the video!

One month ago the beta test of SonicWeb for Mac started. Thanks to all of you who tried my app in this early version. I got encouraging feedback with many great suggestions and ideas. I have a much better understanding now about what you think SonicWeb should be. And I will try hard to make it the SonicWeb you are imagining.

It became clear that while the basic functionality was there and worked good the app needed more polish. A theme that was a consistent part of your feedback was the lack of deep Mac OS integration. And you sent me many very concrete ideas for additional features. With that in mind I got back to work and today I am happy to release the second beta version of SonicWeb:

A lot has changed, lets go through the changes in detail. 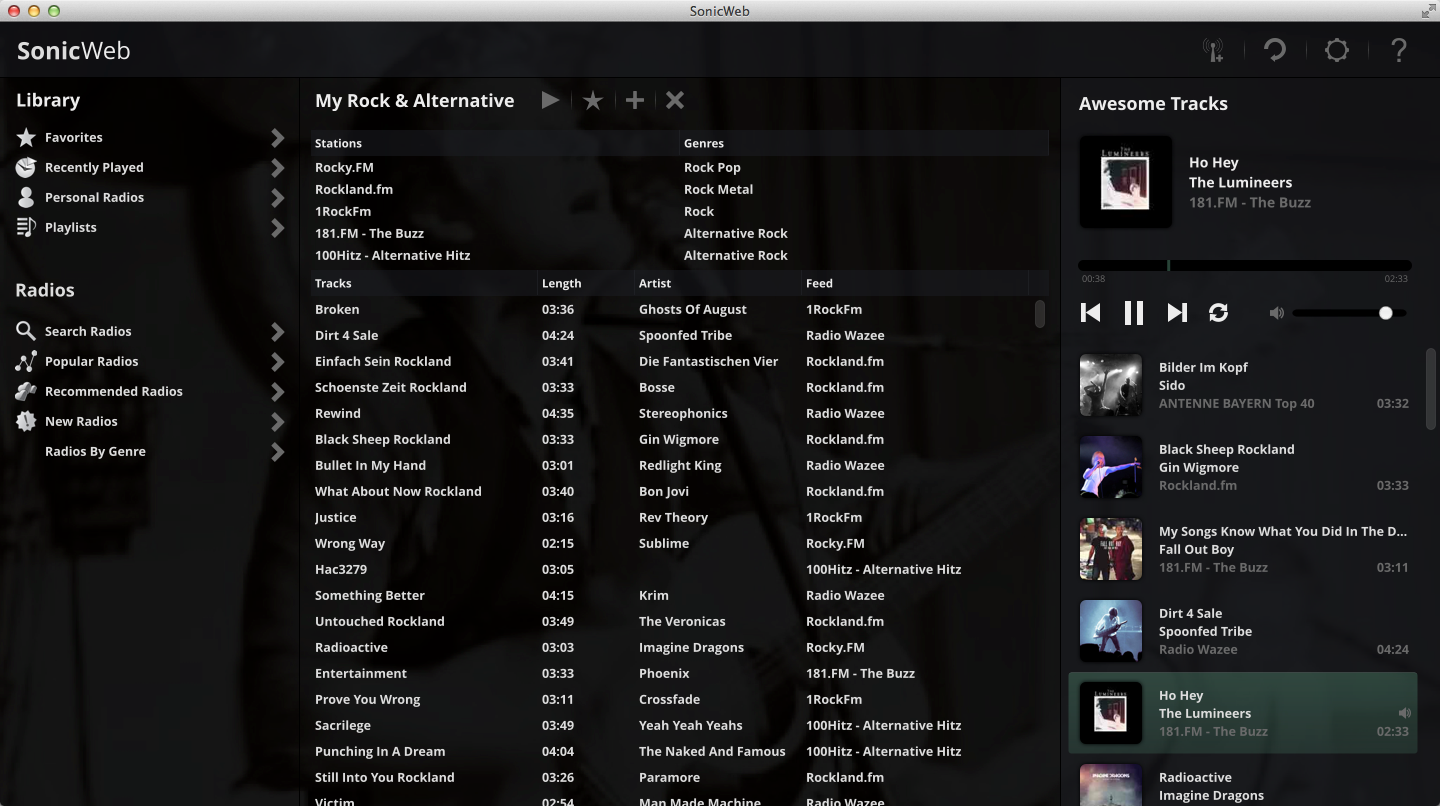 SonicWeb for Mac Beta 2 looks much more like SonicWeb for iOS. The monotonous grey background is gone, replaced with a big background image of the currently playing artist.

The navigation area on the left hand side has been unified and simplified. Almost all of the repeating buttons are gone. All items behave in the same way now. Any clicked item will be shown in the details area in the middle of the screen where it can be started, stopped or changed.

SonicWeb shows a lot of text. Radio names, artists, track names and more. Beta 2 uses the Open Sans font instead of Helvetica to make the text stand out. And to make the text look really beautiful SonicWeb switched to an improved text rendering engine.

Airplay support. Audio can be sent to the Computer itself or to one or more Airplay devices. This can be controlled directly from within SonicWeb. Airplay support is available if SonicWeb is running on OS X 10.8 or newer.

Enhanced main menubar. Many important commands can now be invoked through the menubar. 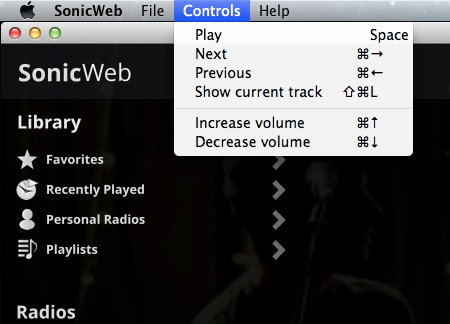 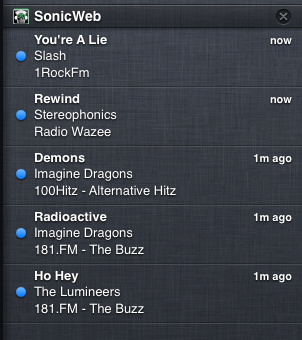 SonicWeb now has a global option to prevent duplicate tracks to be added to playlists. If this is enabled every song in the automatically created playlists of personal radios will be unique. 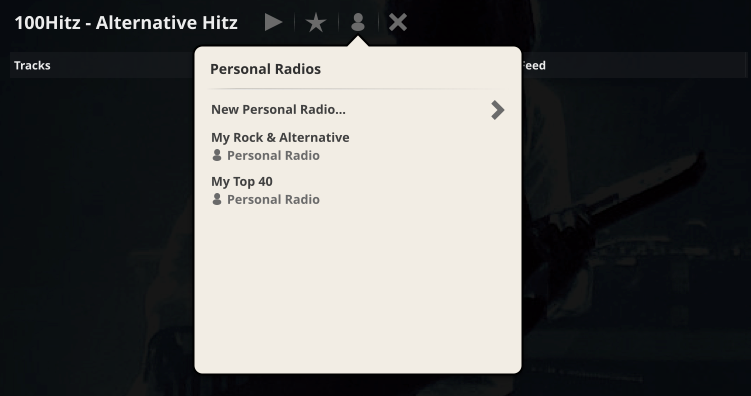 You can use drag and drop to rearrange the tracks in a playlist now. Drag and drop can also be used to add tracks from the details area in the middle to the now playing area to the right and vice versa.

When SonicWeb is closed it continues to run in the background recording radio stations and playing music. A click on the dock icon will bring SonicWeb back to the front. This works exactly the same as with iTunes.

Version 1.0 of SonicWeb for Mac is almost finished. I still want to fine tune the Airplay functionality. Other than that the focus is on stability now, removing all reported bugs. Then its time to get SonicWeb into the App Store. Its almost there...