SonicWeb for Mac 2.0: An early look

Update 13. Juli 2014: I prepared a demo video that shows the new look and feel and the major features of SonicWeb 2.0.

Development on what will become SonicWeb for Mac 2.0 made good progress the
last few days and I thought it is a good time to share what's upcoming: 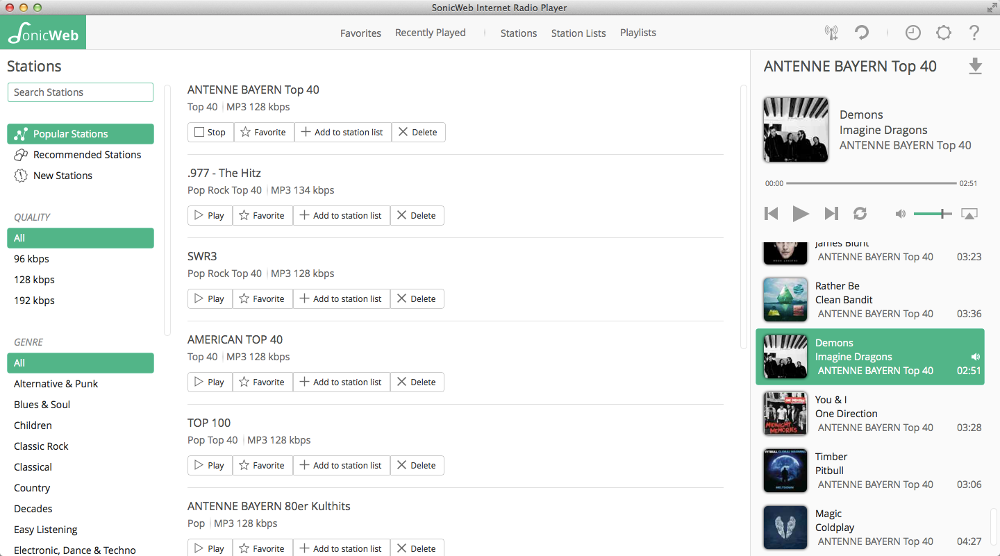 A lot of work went into the new "light" look and feel. Rumors have it that
Apple is redesigning Mac OS X to look more like iOS. SonicWeb for Mac has
developed into the same direction. I hope you like it!

The navigation bar on the left hand side is gone, the complete middle area can
now be used to work with track lists and browse radio stations or station lists.
The screenshot above is a good example of how the additional space has been put
to use.

SonicWeb for Mac 2.0 will have a new icon: 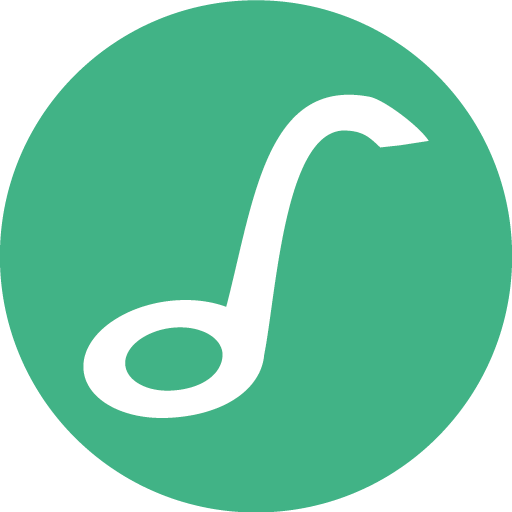 It is very reduced and clear and will hopefully work better in big and small
sizes. It picks up the idea of a friend of mine from the earliest days of
SonicWeb and combines it with the ideas and an icon suggestion from my friends
at Apfeltalk.

More features are upcoming as well. There will be a sleep timer. And the most
requested feature will find its way into SonicWeb for Mac 2.0, the track
export: 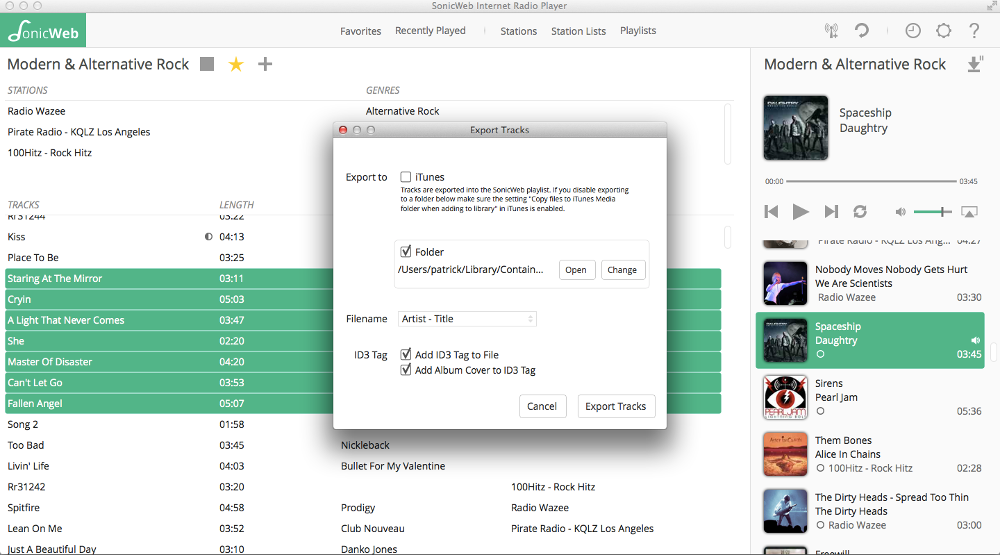 I hope to start the first round of beta testing in the next few weeks. If you
are interested in alpha / beta testing make sure to send me an email and I'll
get in touch with you.

SonicWeb for Mac 2.0 will become available in the app store later this year and
will be a free upgrade for existing users.