The most important change in SonicWeb for iOS 2.2 is that it finally got a separate record button in addition to the existing play button. This will hopefully make it easier for new users to use SonicWebs powerful recording features. With it comes the ability to listen to already recorded tracks of radio stations and station lists without automatically start recording. This was previously only possible by listening to playlists. 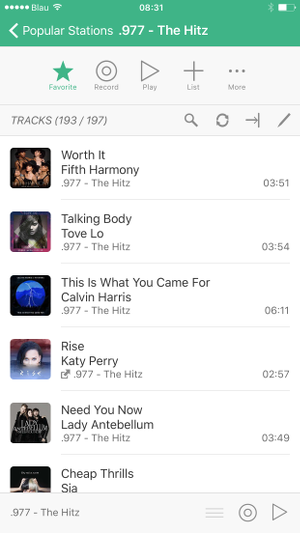 After tapping "Record" choose between the "Record and split" and "Record continuously" recording modes. 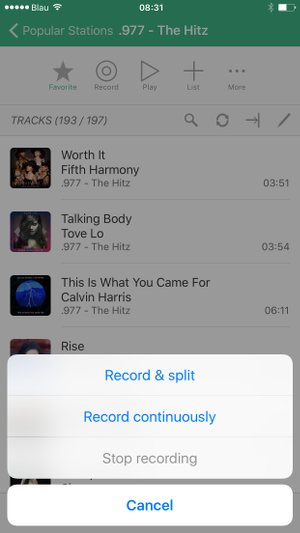 The record icon will indicate which recording mode is currently in use. 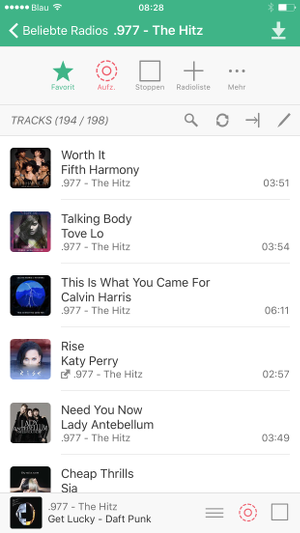 Tap any track to listen to it without any streaming or recording. To switch back to live streaming stop the radio station and start it again or press the jump to live button.

Press "Play" to listen to already recorded tracks of a station list without recording. The station list will resume playback with the last played track.

Tap "Record" to turn recording on or off. If you want the behavior of previous SonicWeb versions you can simply always start station lists using the record button.

The now playing area has been reworked. Play buttons now shows a buffering indicator if not enough data for audio playback is available. The rest of the now playing controls got more modern looking icons too. 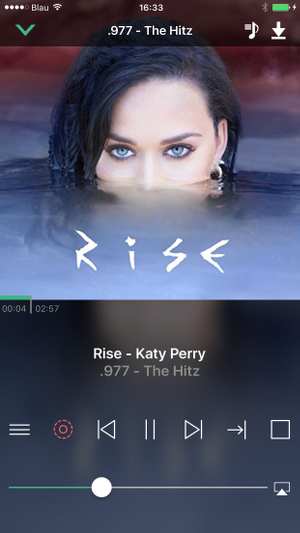 In addition to many small changes and bugfixes the context menu display on iOS 10 on the iPad is fixed now.

Let me know what you thing about the new version of SonicWeb!